(Find events in other cities; learn how to get your event listed)

Honouring the late Howard Grief,
Israeli Legal Historian, Attorney, Author, Advocate.
This year we are hoping to raise $25,000 for the unsung heroes of Israel’s ambulance service via the
‘Canadian Magen David Adom for Israel’ charitable organization. (More info below agenda)

‘TRUTH BEFORE SOLUTIONS:
Safeguarding The Honour Of The Jewish People’

Questions? Contact Mark Vandermaas,[email protected], 519.457.0709.
Download & print ‘Learning Aids’
During the week before the conference, please download and print learning aids shown under each speaker’s name.
Help us get the word out by printing and sharing our flyer/poster! 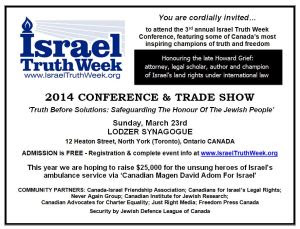 All speakers are donating their time and paying their own expenses to make this event possible. 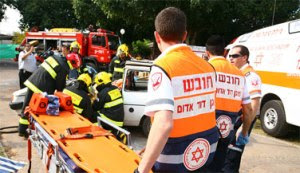 Our goal is to raise $25,000 to help these brave heroes who race to save victims of accidents, sickness and terror. Canadian income tax receipts will be issued for donations of $10 and greater.
Iris Ehrent, Administrative Co-ordinator for the Ontario Region of Canadian Magen David Adom for Israel (CMDAI), will be joining us for the day, and will be bringing MDA paramedic Daniel Amzallag to share a firsthand account of what it’s like to serve on the front line of Israel’s emergency response service.
————–

– ABOUT THIS YEAR’S THEME –

‘Truth Before Solutions: Safeguarding The Honour of the Jewish People’

Howard Grief and an ‘inconvenient truth’:Jews are owners, not occupiers of Palestine…
This year’s conference honours a great scholar and champion of Israel’s land rights under international law, the late attorney Howard Grief who dedicated 25 years of his life to researching and documenting an inconvenient truth: that, contrary to the prevalent narrative of ‘occupation’ and ‘stolen land’ modern Palestine was actually created as a ‘Jewish national home’ under international law via the 1920 post-WWI San Remo Conference and the subsequent 1922 League of Nations Mandate For Palestine, and that land promised to Jews east of the Jordan River was given instead to Arabs in what is now Jordan.
This ‘original two-state solution’ means that the Jewish people are owners, not occupiers of Judea and Samaria by virtue of a ‘land title deed’ from the world community that explicitly encouraged them to create communities in all of Palestine. 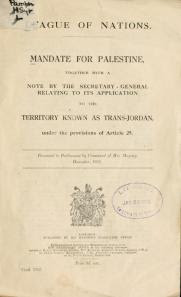 THE ‘ORIGINAL’ TWO-STATE SOLUTION: Click to download the 1922 League of Nations Mandate For Palestine w/Note re Trans-Jordan. Available in original docs and/or text with reference summary.
We encourage you to download, print and read the original copy of the Mandate For Palestine along with the explanatory notes at the end which were prepared by Israel Truth Week with assistance from Salomon Benzimra, co-founder of Canadians for Israel’s Legal Rights (CILR). Salomon, who worked closely with Howard Grief when writing his own book, The Jewish People’s Rights To The Land Of Israel, will be with us again this year to answer any questions you might have.
Safeguarding the honour of the Jewish people: ‘Truth Before Solutions’
Israel Truth Week does not advocate for either a one or two-state solution; we simply take the position that if the Jewish people give away land promised to them by the world community under the current climate of demonization and delegitimization they will be handing her enemies an enormous victory by acknowledging — in effect — that every vile accusation associated with being ‘illegal occupiers of stolen land’ was true all along. We believe that this false narrative, if not dispelled first, will be a terrible, unwarranted stain on the honour of the Jewish people.
Whether you believe in a one-state solution or a two-state solution, we should all be able to agree that it is important to safeguard the reputation of Israel in history. Israel Truth Week believes that the best way to accomplish this is to stop focusing on solutions, and focus on truth instead by placing a moratorium on all solutions-oriented activities until:
NOTE: the above statements may not necessarily represent the views of all presenters, community partners or our featured charity.
————– 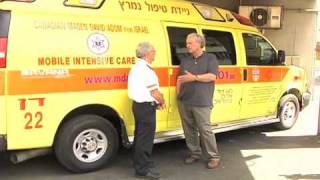 NEXT ARTICLE →
The Council for Muslims Facing Tomorrow in collaboration with Speakers Action Group and Act! For Canada