Arab Terrorists responsible for the attacking and stabbing of an Israeli girl in Psagot on October 5th, 2013, were arrested by Israeli Police and Shabak.

Abdallah Shahadeh Abu Kabitah, aged 22, and Shabel Atef Karan, aged 20, both residents of El-Bireh, a Ramallah suburb adjacent to Psagot, were arrested for attacking Noam Glick, aged 9, stabbing her twice in the neck. She subsequently recovered from her wounds.

During his questioning Abu Kabitah stated he tried to break into a home in Psagot to steal a weapon. He claims he needed the weapon to resolve a personal dispute. He and Karan both scouted the Psagot security fence a few days before the attack; they cut the fence and Abu Kabitah advanced towards a house. A car passed by and he escaped.

On October 5th Abu Kabitah returned, this time alone. He entered the security fence at the same point he did the first time, and on his way to one of the houses he encountered Noam. He was surprised by her, stabbed her twice and escaped. 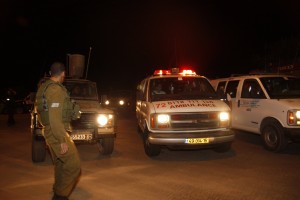 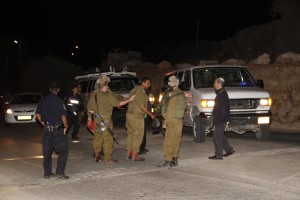