Prince Charles of Great Britain will visit the Paradesi Synagogue in Mattancherry, Kochi, on November 11. 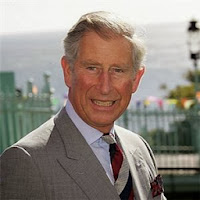 Charles and his wife the Duchess of Cornwall Camilla Park Bowles are scheduled to tour India from November 6 to 14, ahead of the Commonwealth Summit in Colombo, Sri Lanka. Their itinerary includes visits to Dehradun, New Delhi, Mumbai, Pune and Kochi.

However, Charles will be visiting Kochi alone while Camilla will be at the Doon School in Dehradun at the same time. Charles will be meeting with the  remaining members of the Kerala Jewish community at the synagogue and sign the Visitors’ Book. He will also make an ‘off-road’ trip into what officials called ‘an elephant corridor’. The Paradesi Synagogue is the oldest functioning synagogue in the Commonwealth.

Prince Charles’s love of elephants is well-known and is attributed to the influence of Mark Shand, Camilla’s brother, who runs a charity in London called Elephant Family. Shand is also a noted travel writer and has visited Kerala several times. The Kerala Elephant Corridor is a 2,200-acre (6 x 1.5km) strip of land within the largest stronghold of Asian elephants in the world. It is officially known as the Tirunelli-Kudrakote Corridor and is part of the Wyanad Wildlife Sanctuary.

It was in October 1999 that his mother Queen Elizabeth made a memorable trip to Synagogue Lane and met members of the Kerala Jewish community at the Paradesi Synagogue. She was received at the time by then warden of the synagogue the late Sammy Hallegua and his wife Queenie.

Prince Charles’ Clarence House residence officials told media in London that this will be his eighth official visit to India and the third with Camilla. “”They will undertake a broad range of engagements to promote the strong UK-India partnership in key areas such as conservation, education, growing business links, women’s empowerment and training,” the statement said.

“They will also have the opportunity to celebrate religious diversity, creativity and the vibrant individual family ties between the two countries.”

Prince Charles  will be celebrating his 65th birthday in Colombo with ‘some singing and a cake’ (and there will be a small birthday eve party in Kochi)  and royal sources insisted the Prince “doesn’t want any fuss” about the fact that he will be eligible for his free seniors’  bus pass once he returns to Britain. Charles will be representing Queen Elizabeth, the head of the Commonwealth at the 53-member heads of government meeting in Colombo.

← PREVIOUS ARTICLE
My street, your street and J Street