On Cameron’s comments about Jewish building in and around Jerusalem, by Arlene Kushner (http://arlenefromisrael.squarespace.com/current-postings/

Over in Great Britain, the leadership, which professes great friendship for Israel, is disappointing:

On Wednesday evening, British Prime Minister David Cameron, while answering a question from a parliamentarian in the House of Commons, declared that the situation in Jerusalem was “genuinely shocking.”: for on a visit he had seen the “effective encirclement of East Jerusalem, occupied East Jerusalem…”

Presumably, Cameron expects “East Jerusalem” to be the capital of a “Palestinian State” some day.  But I have a big flash for the prime minister:

From the time that David established Jerusalem as the capital of Israel, over 3,000 years ago, until this day, Jerusalem has never the capital of any nation other than Israel. And it never will be.

Jerusalem was divided only once, for 19 years, from the War of Independence in 1948 until the Six Day War of 1967.  During that period, Jordan, which occupied the eastern part of the city illegally, rendered it Judenrein, in spite of the fact that the holiest Jewish sites were in that part of the city.  Jordan had committed to allowing Jewish access to those sites – most notably the Kotel – but instead went about destroying synagogues and desecrating the cemetery.

Because Jews were banished from the eastern part of the city, when Israel liberated it in 1967, it contained only Arab neighborhoods.  Thus did it become known as the “Arab” part of Jerusalem.  But this is no longer the case.  In some instances new neighborhoods have been constructed.  In other instances, Jews have bought and moved into homes that had originally been Jewish but then taken over by Arabs in 1948. (The Silwan area is a case in point.)

People who are promoting that “two state solution” envision drawing a line down the middle of Jerusalem and separating it into Jewish and Arab sections.  The reality is quite different, however, as Jews now also live in the eastern part of the city, as they have every right to do.  There is no way to divide the city.  Cameron’s call of distress about a ring of Jewish neighborhoods surrounding “Arab” Jerusalem is simply misinformed nonsense.

Take a look at the map below and you will see that the Mount of Olives is in a predominantly Arab neighborhood.  But on that Mount is the oldest Jewish cemetery in the world, containing over 150,000 graves – including graves of some people of astounding significance to Jewish history.  When it was under Jordanian control, tombstones were lifted to use in constructing latrines.  Should it be a part of a separate “Arab” Jerusalem?  Should the Old City? 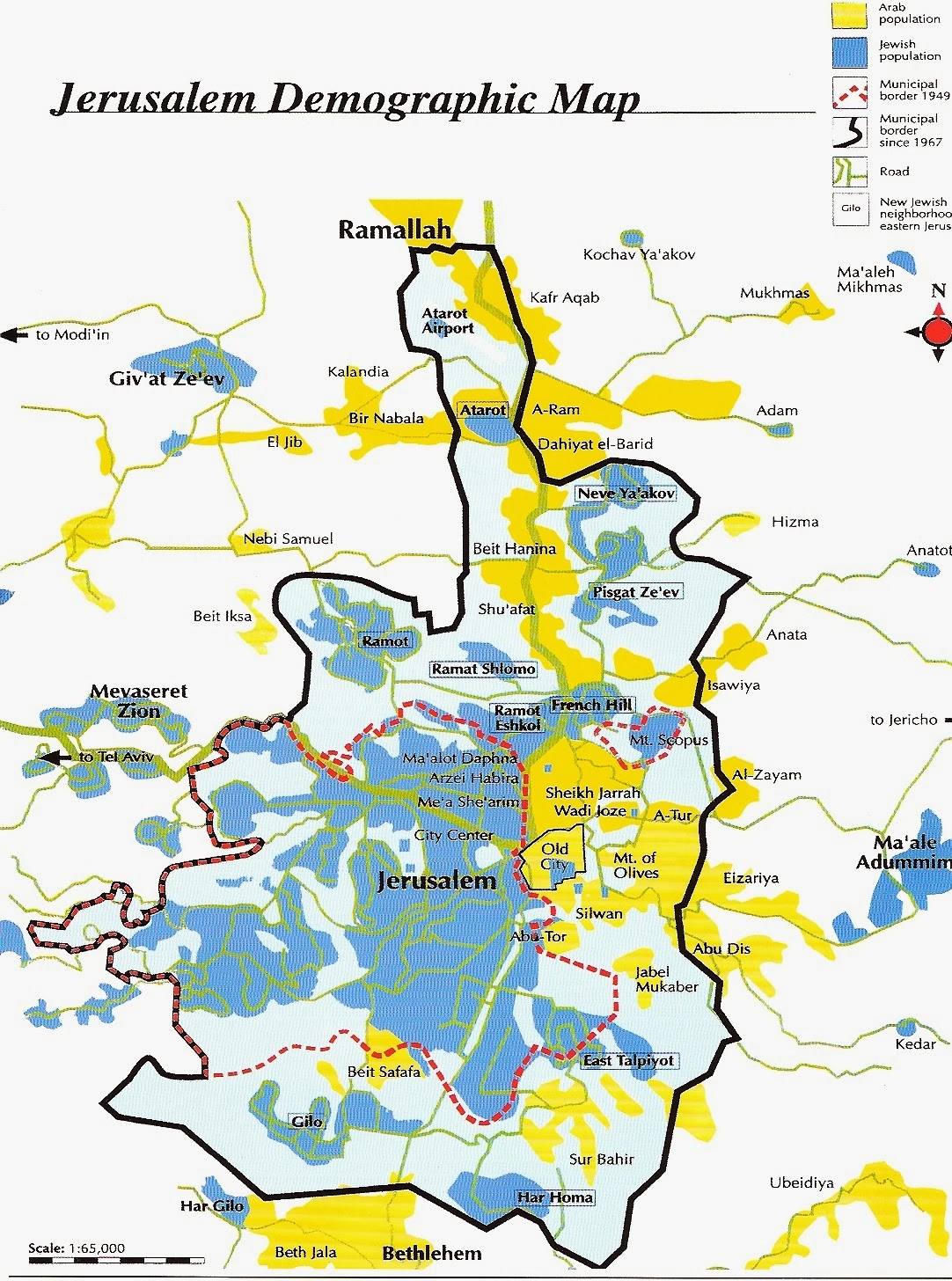 Prime Minister Netanyahu, in response to Cameron’s comments, pointed out that:

← PREVIOUS ARTICLE
Hamas is to blame for Gaza’s terrible state, not Israel, by Ben-Dror Yemini (INN)