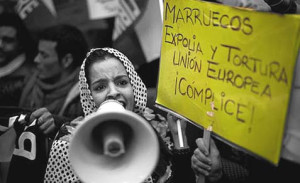 The agreement which The European Union signed with Morocco on fisheries exploitation in their occupied territory provoked the fury of the specialists in the Legal Forum for Israel. Recently, the head of the International action division in the legal Forum for Israel, Adv. and Ambassador (Ret.) Alan Baker and Prof. Eugene Kontorovich, member of the international action division, approached Dame Catherine Ashton, High Representative of the European Union (EU) for Foreign Affairs and the Foreign Ministers of the European Union. According to them, the consent of the EU to exploit fishing resources in the sea in front of the area occupied by Morocco in Western Sahara raises serious questions about the conduct of the Union. The letter claims that “there is a blatant contradiction between the principles according to which the EU operates in the areas of Judea and Samaria, as opposed to their policy in the areas occupied by Morocco in Western Sahara.” In a position paper written by Prof. Kontorovich, which was attached to the letter, it is made clear that: “The EU approved the expanding of the fishing area of Morocco to the sea area off the coast of Western Sahara in an agreement with Morocco. The area in question is occupied by Morocco who invaded Western Sahara in 1975. The approval was granted although no country in the world has approved of the occupation. The Security Council even demanded that Morocco withdraw from the area and this occupation is considered to be illegal.” “Despite this situation, in the said agreement the EU recognizes Morocco’s right to exploit the natural resources in this area, and even defines the fishing authorization “in all areas which are ruled by Morocco “, with the understanding that this also includes the occupied territories.” Prof. Kontorovich concludes that “the agreement is an example of the double- standard of the EU. While supposedly basing its’ conclusions on the principles of international law, the EU determines that Israeli presence in the territories of Judea and Samaria is illegitimate. Therefore the EU imposed sanctions and restrictions on trade and cooperation with Israeli institutions in Jewish settlements, while at the same time, despite the said principles, it encourages Morocco and cooperates with it in exploitation of the territory Morocco occupies.”