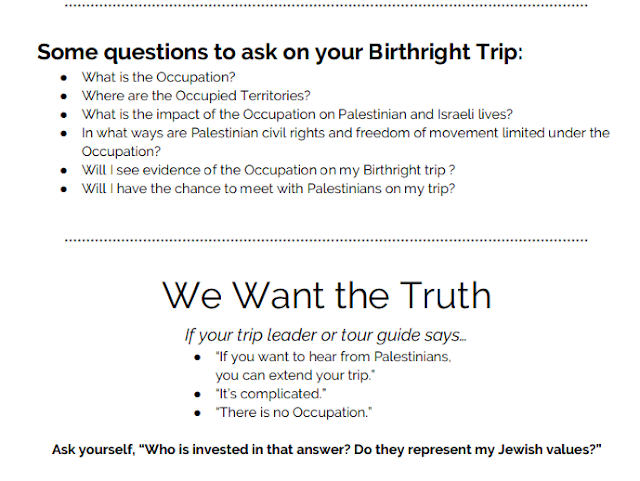 The first question presupposes that there is a capital O “Occupation.” From the perspective of international law, this is not true.

The definition of “occupation” comes from Hague Convention of 1907:

Territory is considered occupied when it is actually placed under the authority of the hostile army. The occupation extends only to the territory where such authority has been established and can be exercised.

The Fourth Geneva Conventions do not define “occupation” but set up rules to protect civilians under occupation.

Israel’s position is that the land isn’t “occupied” but “disputed.”

The U.S. Is Keeping the Promise Made at San Remo in 1920 – Eugene Kontorovich (J. Post via Daily Alert)

Hamas Has Lost Its Mojo in Gaza, by Dexter Van Zile (Algemeiner)